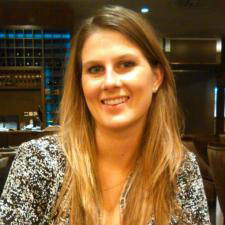 Elizabeth is a PhD candidate studying early modern Iberian literature (ca.1500-1700). Her dissertation project, Perfidious Liaisons Mixed Marriage in Early Modern Spanish Literature, examines marriage between Moriscos and Old Christians as represented in both literary and archival sources. Her research engages with themes of religious and national identities and minority groups in the then newly-burgeoning Spanish nation-state. As an instructor, Elizabeth uses an inclusive and collaborative approach to help her students foster a sense of curiosity and cross-cultural understanding through the study of languages and literatures. Elizabeth is currently the Project Assistant for the Institute for Research in the Humanities. She is also a Co-President of the Graduate Early Modern Student Society. Elizabeth has received various fellowships and grants including the U.S. Department of Education FLAS Award, the Cervantes Society of America Graduate Student Grant, the Newberry Library Consortium Grants, and the Phi Kappa Phi Zillman Award. Elizabeth received a master’s degree from Middlebury College and a bachelor’s degree from Muhlenberg College.