The Department of Spanish & Portuguese is delighted to announce this year’s Marsha Gray Ehrlich Scholarship Fund recipients. Marsha Gray Ehrlich was a former graduate student in our Department, and an inspirational teacher during her long professional career. She received a Master of Arts, with a major in Spanish, on August 17, 1968. She carried the preparation she received from our Department and her joy for Spanish to New York, where she taught Spanish and Latin in public schools for more than thirty years, before retiring in 2002. Ms. Ehrlich carried her love and passion for languages inside and outside the classroom, inspiring colleagues and family alike. 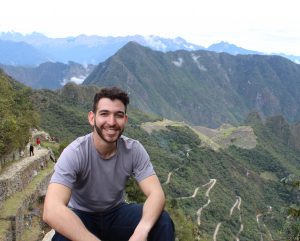 Our first recipient, Ari Seckler, motivated by time working as a classroom assistant abroad and the situation at our southern border, works with Spanish-speaking detainees seeking legal representation through the UW-Madison Law School’s Immigrant Justice Clinic and the Community Immigration Law Center. He volunteers at the UW-Madison Law School’s Family Law Clinic. As one of the few Spanish-speaking volunteers, he ensures area Spanish speakers are afforded the same services the Clinic provides to the rest of the local community.  Ari also works with Madison East High School students through Centro Hispano’s Escalera program, providing them with homework support and a resource to discuss life in college. Post-graduation, Ari plans on teaching English in Costa Rica and working for an NGO there that supports asylum seekers and refugees. Ultimately, he plans to become an immigration lawyer. Upon learning he had been chosen as a recipient for this award, he said, “My great-grandparents came to this country from Eastern Europe fleeing hate and persecution. Through my experiences studying the Spanish language, I have been given meaningful opportunities to serve today’s migrants who seek exactly what my family sought out a century ago: the chance to start fresh, feel safe and secure, and support their families. I am so deeply honored to be recognized for this award, but at the same time, I want to acknowledge the incredible network of resources and guidance which has gotten me to this point. Without the support of my family, the UW Spanish Department, and the UW Law School, I would not be where I am today. I graciously accept this award and I hope to continue to honor Marsha Gray Ehrlich’s legacy as I pursue opportunities to serve our Spanish-speaking migrant communities after graduation.” 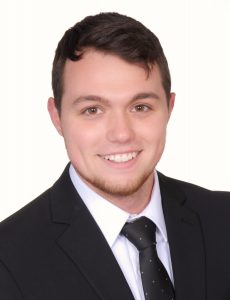 Similarly, our second recipient, Blaine Fix, found his inspiration both working with schoolkids abroad and in working with Spanish speakers through the UW-Madison Law School’s Family Court Clinic. He thrives on the uplifting feeling that results from him using his Spanish to serve others. He went from working behind the scenes on translations, spending hours on his own to work out complex legal terminology, to meeting with clients face-to-face. These meetings showed him the true value of using his Spanish to help others. Further, his realization that there simply are not enough Spanish speakers in law has pushed him to pursue a law degree to help bridge this gap. He says, “Leveraging my Spanish to serve the community was one of the highlights of my college experience, and in my future endeavors I plan to continue using my Spanish to assist others. I am grateful that this award recognizes this dedication.” 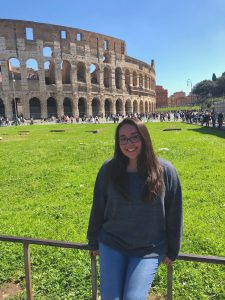 Our third recipient, Francesca Van, also began her road to service as a classroom assistant while abroad. Upon her return to Madison, she sought out opportunities with both the Wingra Family Medical Center and the Community Health Volunteers of Madison Student Organization. She meets with patients before and after their visit with a health provider to work on changing some aspect of their health. As a pre-med student, she found the ability to work with underrepresented patients amazing. At the same time, she began working with the Latino Academy as a GED tutor for Spanish-speaking adult students. Experiencing the struggles of her students has truly inspired Francesca to work hard no matter what obstacles she faces. She says, “I am honored to be a recipient of the Marsha Gray Ehrlich Scholarship. I have been changed by the work that I do with the Latino community in Madison, and the volunteer work has led me to forming the goal of becoming a Spanish speaking health professional in the future.”

We congratulate these students on their sustained commitment to community service.