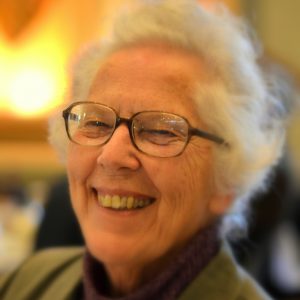 Since her retirement, Mary Lou Daniel has written several articles and book reviews and worked on a number of English-to-Portuguese translations, including an ongoing translation of thirty exegetical-linguistic books for the Brazilian Bible Society. In 1999 and 2000, she was invited to present various seminars at the Centro Cristão de Estudos in Brasília. She lectured at the Federal University of Mato Grosso, Cuiabá, and the Igreja Presbiteriana de Butantã in São Paulo in 1999. In 2000, she served as Chair for the session devoted to recent novels of José Saramago at the Biennial Conference of the American Portuguese Studies Association (APSA) as well as serving as José Saramago’s (1998 Nobel Prize in Literature) interpreter. More recently, Mary Lou has worked as a tutor in Madison-area middle and elementary schools and served as a member of the Advisory Board of “Mar e Floresta” for the Concordia College Portuguese Language/Culture Village.