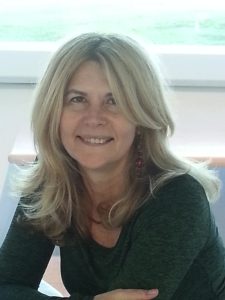 Please join the Department of Spanish & Portuguese in congratulating Professor Ksenija Bilbija, who has been selected to receive a University of Wisconsin-Madison Award for Mentoring Undergraduates in Research, Scholarly, and Creative Activities! This award recognizes her ongoing commitment to undergraduate students and their scholarly pursuits. Her voluntary work as a mentor to UW-Madison undergraduates extends back 28 years, over which time she has collaborated on dozens of undergraduate research grants and fellowships.

Since 1996, Professor Bilbija has worked with undergraduate students to win and complete no less than thirty-three Hilldale Undergraduate/Faculty Research Fellowships. She has served as a mentor to three Undergraduate Research Scholars, five undergraduate researchers through four Sophomore Research Grants, and one Sophomore Summer Honors Research Apprenticeship. Since 2007, she has mentored twenty presenters at the UW-Madison Undergraduate Symposium, one of whom presented in two consecutive years and another in three consecutive years. In fall 2018, five of her students won prizes in an essay competition held by the UW Law School Human Rights Program, including a first and a second prize.